Water Deities haven’t lost their power over us .

Along  the Dee Valley this is especially true , one of the goddesses strongly associated with the River Dee is Aerfen who is said to have had a shrine or grove near Glyndyfrdwy  . The River Dee was occasionally known as Aerfen in Middle Welsh. Today nothing remains to indicate where or what this shrine was . It’s reasonable to suggest that the shrine was a ‘grove’ on the bank of the river or in a wooded area near it .

If Aeron , as some have suggested  is a version of  name Aeron the war goddess which derives from  from Agrona a  Goddess of Slaughter then the link to  war and sacrifice is more easily explained

On a recent walk along the Dee we pondered where this grove or shrine had been located and had it existed outside local folklore and legends ? Many photographs were taken along the way . Much to our surprise one of the images provided a surprise ! In the right hand corner of the image below a shadow of red can be seen in the water – as Aerfen is associated with war and sacrifice this seemed very appropriate . Camera error – yes most likely but it added some excitement to the adventure . 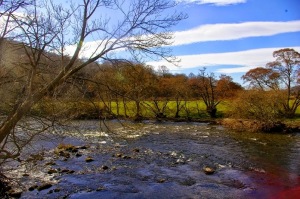 Very little is known or written about Aerfen .Dyfrdwy refers to the river Dee and is interpreted as  waters of the goddess but which goddess isn’t clear as many deities may have been worshipped along the course of the river which is approximately 70 miles (110 km) from it’s source at  Dduallt to the estuary at Flint

Aerfen has also  been said to reside near the source of her river and mention has been made of a structure built over one of the pools . This hasn’t been verified as yet and a visit to the site is planned in the near future

Source of the River Dee

At Llanuwchllyn  the Dee is joined by the Lliw and the Twrch meaning boar .

The river Dee, called in Latin Dava , in British Dyfyr-dwy , that is, the water of Dwy , breeding very great plenty of Salmons, ariseth out of two fountaines in Wales, and thereof men thinke it tooke the name. For dwy in their tongue signifieth two. Yet others, observing also the signification of the word, interpret it Blac-water , others againe Gods water or divine water. But although Ausonius noteth that a Spring hallowed to the Gods was named Diuvona in the ancient Gaules tongue (which was all one with the British), and in old time all rivers were reputed Διοπετεῖς, that is, Descended from Heaven ,

yea and our Britans yeelded divine honour unto rivers, as Gildas writeth, yet I see not why they should attribute Divinitie to this river Dwy above all others. 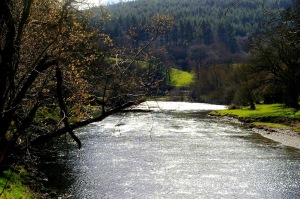 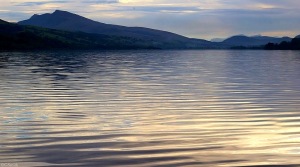 Ever since moving to this mysterious house I`d heard tales of the fabled Barons of Cymer, who were said to have once lived not only in the neighbouring mansion of Gwerclas  but before that in the medieval hall house of Plas Uchaf   –  and perhaps even earlier (some folk believed !) at or near the site of today`s Hafod y calch.

Full of natural curiosity, I was eager to discover evidence-based facts behind the oral history, and when the Dating Old Welsh Houses Group armed me with historical research skills I started a journey backwards in time through Cymer towards medieval times and beyond.

The Welsh word cymer means a confluence or junction, and Edeirnion`s Cymer is situated around the meeting place of the Rivers Alwen and Dyfrdwy (Dee). In my talk I shall show how descendants of one of the last native royal families of Wales influenced the social history, land usage and architecture of an area encompassing Cymer and far beyond.

I will be  presenting  fascinating evidence not only from from Probate inventories, Church and Estate records and 18th C personal letters, but from dendrodating, architectural historians, geologists and the memories of local residents, as well as my own photographic observations and artefacts.

I will be able to provide anyone attending with a fully illustrated e-mail transcript of my presentation, on request.

Jenny Lees has lived locally since 1977 and researches house history  with the Dating Old Welsh Houses Group ( DOWHG). She has published a history of  Hafod y calch on DOWHG`s website  www.datingoldwelshhouses.co.uk. and is currently working on individual house histories that include Gwerclas and Plas Uchaf . Her other publications to date include `Quest for Cymer Part One` in Hanes Bro Clwyd (The Clwyd Historian) Winter13-14, and several articles about the local area in DOWHG`s recently published Cynwyd Scrapbook One.

A Life In Fragments

~ weird and wonderful blogging from the Welsh Marches ~

The Dee Valley is an area rich in archaeology, history folklore and mythology . This is what our Blog is all about

The Art and Craft of Blogging

The latest news on WordPress.com and the WordPress community.